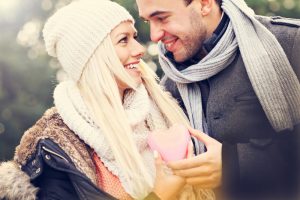 To give you an example, I presented a woman with a profile of a great guy who was single never married.  Taking into account the values and qualities she sought together with her situation and where she was in her life, this guy was a great potential match for her.  After receiving his profile her reply was “why has he never been married and he’s never had children, what’s wrong with him?”   This is not just one instance as I have had others from both genders who ask the same question.  This particular lady met the guy in question and actually liked him so much she met him again.

Comments such as “What’s wrong with them or why have they never been married” are wholly unfair on the single never married individual, furthermore, being previously married and having children does not automatically make you the perfect partner.

Let’s be really clear here, if someone is single never married it has absolutely no bearing whatsoever on whether they will make a good potential life partner.  Moreover, people who are not blessed with children really do make excellent life partners and I am one such example on both counts.  I am single never married and I have no children yet I am capable of love.  Furthermore, I thank goodness my partner decided not to brush me aside for being of the single never married status and never bearing children.  He would have made a huge mistake as I make a wonderful life partner.  We are ecstatically happy and have been so for many years.

Why have some people never married?

People have different priorities in life and sometimes the opportunity to get married does not always present itself.  I for one saw myself living with my imaginary husband and children in a country cottage complete with the white picket fence and a rose garden.  The reality was I became a police offer, then a detective who worked long hours, very often 16-20 hours a day, several days and nights a week.  I found I was awake when others were sleeping and sleeping when they were awake.  It was impossible to meet a partner in my 30s and for almost 10 years I was alone and very lonely.  I suppose you could say it was my choice to join the police force and ultimately my choice to be single but that’s harsh.  I had a lot of love to give but I just had no-one to give it to.  That was not my fault or choice.

Turning to having children, well this is not always a choice you are granted.  There are many reasons the choice is taken away whether you are a woman or a man.  You may not even be aware of this until you start trying to have a baby with your partner.  The stress of being infertile can certainly be enough to destroy any relationship.  A dating expert I know and trust has a guest blog which touches on this exact subject, http://www.all-sweetness-and-life.com/guest-post/when-being-childless-isnt-a-choice/

I can also say that I was challenged in the fertility department myself.  I recall the words of a former partner’s mother when she became aware of my challenges.  She told him to look elsewhere for someone who could bear children and ultimately her grandchildren.  In other words end the relationship with me because my fertility was a challenge.  He did as she requested and ended our relationship.  What a blow that was to my self-esteem.

Some people have an ‘ideal’ in their heads about the kind of person they see themselves meeting but they rarely end up with that ideal.  Test this theory and ask your friends and family members in happy relationships if they had an ideal and if their current partner ticks all the ideal boxes.  I bet they say no but they are still happy and would not change them for the world.

Whether someone is right for you can never be judged on their marital status.  It is more about the person, the qualities and values they hold.  Single never married people hold just as good qualities, family and other values as those who were once married and they can make wonderful life partners.  It’s also worth remembering that all of us were single never married at one stage.

Just bear in mind that love does not always come easy for some and you should remain open in your quest for love.  The world, including the dating world is made up of lots of individuals and one, somewhere out there is right for you, he or she could be single never married which is not a bad thing.

What Can A Matchmaker Do For You? Science of Attraction

Stepping into a first date: what shoes to wear

Are you too Picky